"For hym that holdeth not his pyssing..." 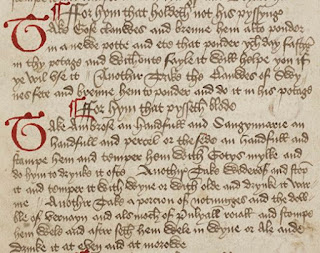 To celebrate the half-way stage of our 101 Treasures series, we are this week offering free fifteenth-century medical advice for anyone who may be having a spot of bother in the current warm weather. If you have access to 'gose clauwes' and the wherewithal to make them into a powder for your potage, read on...
Posted by Chetham's Library at 10:52

The mask of death 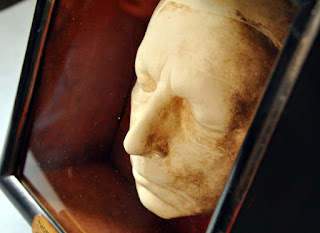 The death mask of Thomas Dunham Whitaker is this week's treasure in our series of 101 Treasures from the Chetham's collection. Find out more on the website.
Posted by Chetham's Library at 10:58 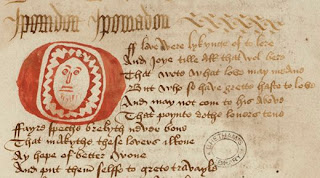 This week's treasure is a unique and wonderful fifteenth-century literary anthology which contains several different items including Ipomadon, an Anglo-Norman romance. For more information, visit the website.
Posted by Chetham's Library at 15:33

The excellent website of the Rusholme and Victoria Park Archive is well worth a look at any time, but we are pleased to be able to direct you to their recently added pages on the Rusholme Military Hospitals of the First World War. These are of particular interest to students of our collection for their connection with the Manchester physician Ernest Leech, whose diaries and personal effects form a part of our Leech Family Archive.
Posted by Chetham's Library at 10:43

A reprise of Dr Dee 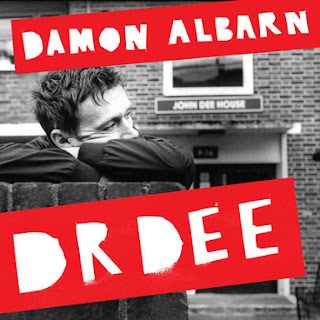 A fresh surge of interest in John Dee culminates this month in the release of Damon Albarn's soundtrack album to his opera Dr Dee, which premiered last summer at the Manchester International Festival. The opera will receive its London premiere this summer at the Coliseum, as part of the London 2012 Festival.

Also published this month by Yale University Press is Glyn Parry's definitive biography, The Arch Conjuror of England: John Dee, a must-read for anybody interested in learning more about this extraordinary man. The portrait on the cover was painted for Dee on his appointment to the Wardenship of the College (now Chetham's Library and School of Music), and can be found in the Ashmolean Museum in Oxford. 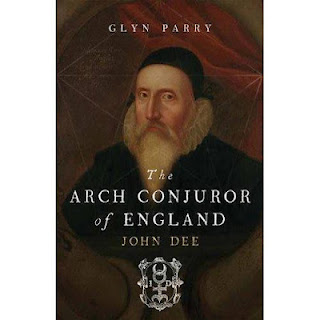 Cherry Blossoms under the Full Moon 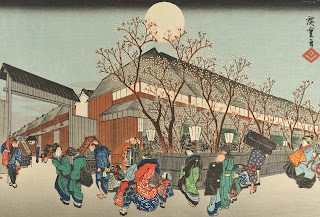 This exquisite nineteenth-century ukiyo-e woodblock print by the Japanese artist Utagawa Hiroshige is the star of this week's 101 Treasures feature. For a closer look and more information, click here to visit the website.
Posted by Chetham's Library at 11:43