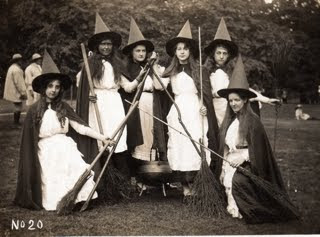 A Happy Halloween to all our readers! May you ward off all the ghoulies and ghosties who beat a path to your door and enjoy a trouble-free time in the months ahead.

These young ladies certainly present a frightening sight, although their clean white aprons and neatly brushed hair give a suggestion that things may not be quite as ghoulishly repulsive as they would have us believe. The six friends are taking part in the Worsley Pageant of 1914, held in the grounds of Worsley Hall.
Posted by Chetham's Library at 10:03 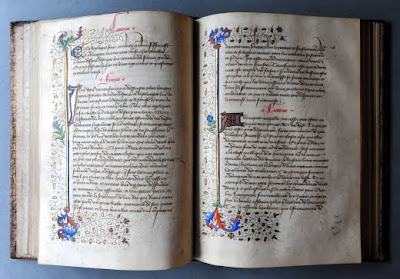 An exquisite manuscript of the poetry of Alain Chartier is this week's offering in our 101 Treasures series. For a closer look at the extraordinarily beautiful and imaginative decorative motifs, follow the link to read more.
Posted by Chetham's Library at 13:02 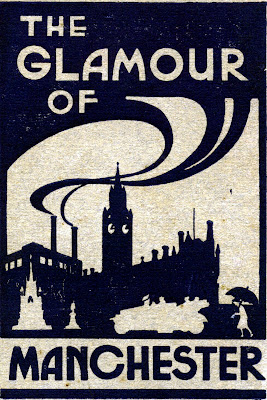 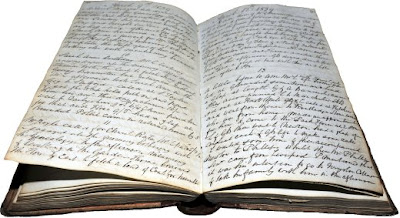 We're very excited about our new online exhibition which goes live today! Don't worry if you couldn't make it to the Library to see our popular exhibition 'Who do you think they were: The story of a Manchester family' last year, because it's now on the website in its entirety and is well worth a look.

The Leech family of Manchester and Ashton wrote diaries and collected material about themselves and their family lives for nearly two hundred years. The extraordinary archive resulting from this activity is now held at the Library, and the exhibition introduces the main characters and offers a look at some of the highlights of the collection. Check it out here.
Posted by Chetham's Library at 15:51 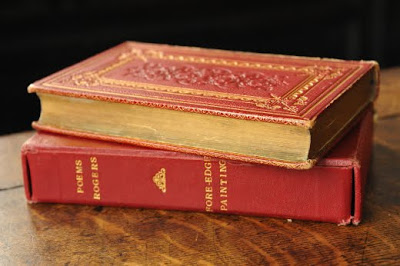 ...now you don't. Discover the hidden secret of this apparently unassuming little book on our 101 Treasures page this week.
Posted by Chetham's Library at 11:24

What on earth was he on about? 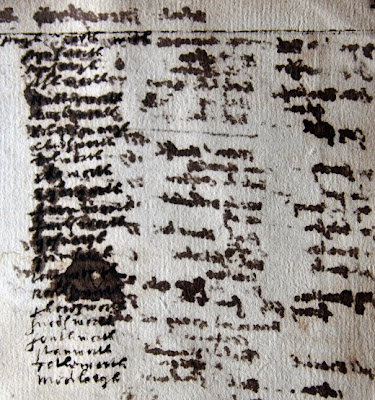 A close-up of the writing of Richard Kuerden (1623-90?) from his manuscript notes for A History of Lancashire, surely a strong contender for the worst handwriting ever... Read more about the manuscript on the 101 Treasures pages here. 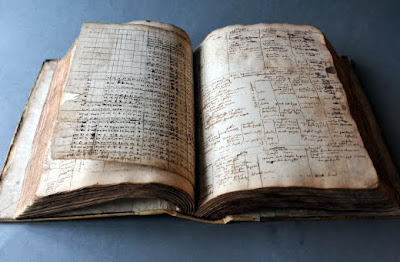 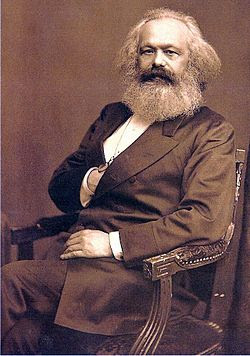 Visitors to the Library frequently ask to see the famous desk in the Reading Room where Karl Marx and Friedrich Engels studied together, and you can find out more about this hallowed spot on this week's 101 Treasures page.
Posted by Chetham's Library at 15:17 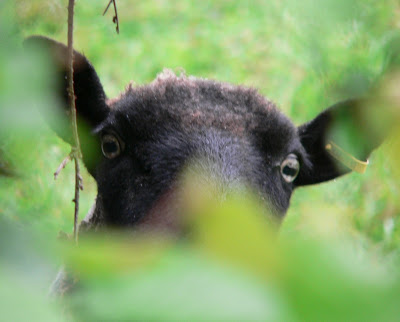 If you have any interest at all in the teachings of Emmanuel Swedenborg, vegetarianism, the history of the Salford Bible Christians, or amusing hymns about roast lamb, then make your way immediately to the newly created Carcanet Blog, where Librarian Michael Powell has guest-written a post about this very subject...
Posted by Chetham's Library at 11:12