Visit of the Archbishop of Canterbury 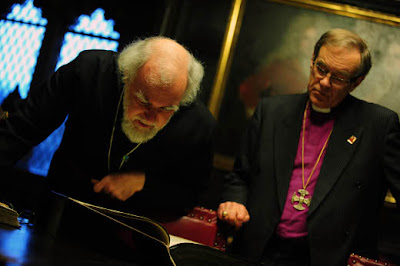 We were very pleased to welcome the Archbishop of Canterbury, Dr Rowan Williams, to the Library at the end of last month. As part of his four-day visit to Manchester, accompanied by the Archbishop of York, he spent the best part of an hour in the Library where he was shown some of the treasures of the collection.

The Archbishop can be seen above with the Bishop of Manchester, Nigel McCulloch, examining Bomberg's Biblia Rabbinica, which contains marginal annotations by the translators of the King James version of the Bible. Below, Librarian Michael Powell shows the visitors the Earl of Ellesmere's Manchester Scrapbook. 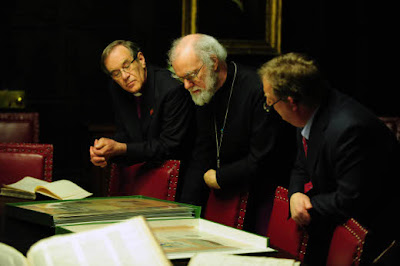 Star of the small screen 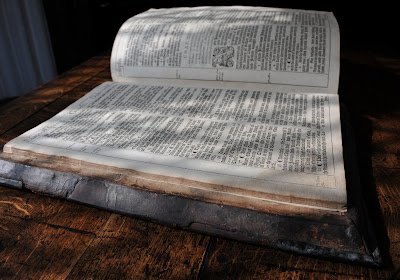 The Library's copy of the King James Bible is a curious hybrid of the 1611 and 1613 editions. Like many early printed Bibles, parts of it are missing and other parts have been bound in the wrong order. The title page of the New Testament, for example, appears at the front of the whole Bible. 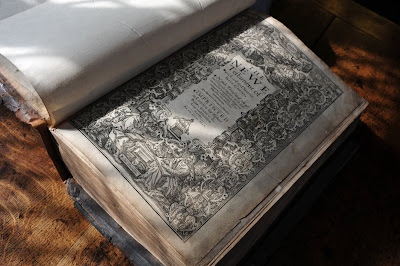 The book is bound in a contemporary full calf binding over thick wooden boards, complete with a series of brass bosses and clasps. Presumably it was intended to be used in a church but evidently soon fell into private ownership, as evidenced by two handwritten notes on the front flyleaves which read:

'Nouember the 15th 1718: in the morning about 3 oclock in the morning died Dorothy my deerly beloued wife shee liued desired and died lamented she liued in the fear of the Lord and I haue good reson to hope shee is in heven'.

Another interesting feature of the Chetham's Bible, which weighs nearly 19lbs, is that manuscript waste from fragments of a 13th/14th century parchment of Corinthians in black, red and green ink has been used in the binding. 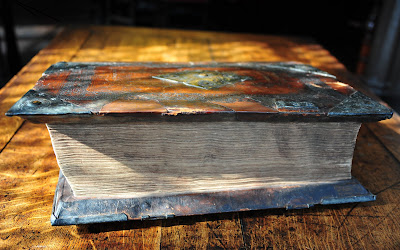 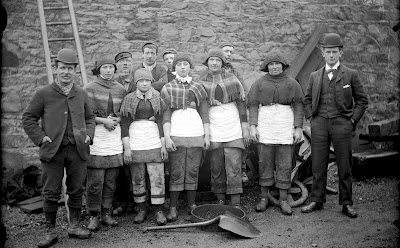 This image of pit brow women and the one below of children playing in the street are part of a collection associated with the antiquarian J.J. Phelps (1855-1928), who recorded many aspects of northern life in the nineteenth and early twentieth century.

We do not know for sure where these hardworking women were photographed but we guess perhaps at one of the coalmines in Wigan. Likewise, the exact location of this hilly street remains a mystery. We would be delighted to hear from any of our readers who might be able to shed some light on these forgotten locations. 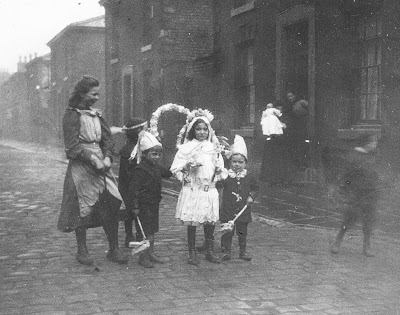